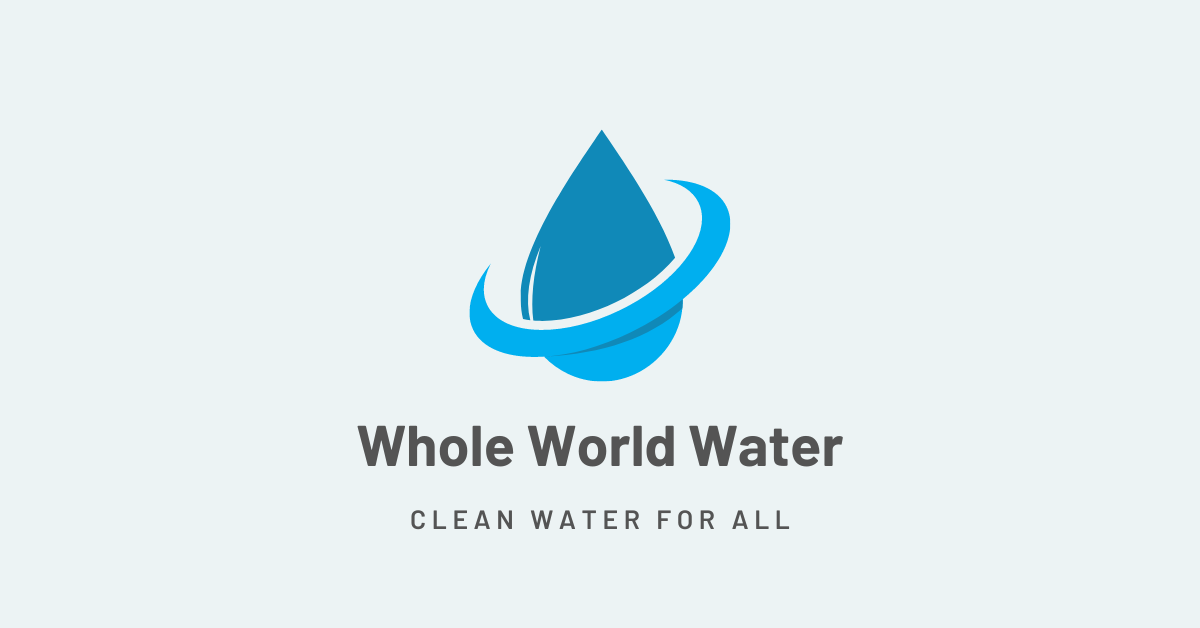 Today nearly 1 billion people don’t have access to clean and safe water, which may lead to nausea from drinking unsanitary water. WHOLE WORLD Water is a Campaign designed to unite the Hospitality and Tourism Industry on a non-competitive platform to eradicate this issue.

But this is much more than a fundraising initiative. It is a revolutionary way of thinking, a new way to do business designed to balance environmental, health and economic issues.

We pledge to offer water for everyone by 2030. We are a $7.6 trillion dollar industry, we employ 292 million people and host 1.5 billion guests.

Members will have access to all of the above plus a license to use campaign marks and materials for marketing & PR, employee engagement and guest/consumer promotions. Fees start from $1000 per property.

2. Filter Your Own Water, Bottle it, and Sell it

Systems are easy to install, take up little space and are surprisingly affordable. Many hotels and restaurants are already filtering, bottling and selling their own water — and increasing their bottom line! Filtration providers can do a site visit to your properties and recommend the proper filtration system.

The system includes installation, training, ongoing/on-demand maintenance, and a set number of our designer bottles. If you’re interested on water filters, check out our review on whether Brita filters are effective.

3. Contribute 10% of The Proceeds To The Whole World Water Fund

The WHOLE WORLD Water Fund is a Charity registered in the UK.

100% of these funds will be invested in approved clean and safe water projects around the world. Applications will be held to rigorous criteria vetted by a Distribution Committee made up of water experts, engineers, scientists and a third-party expert manager.

THE WHOLE WORLD WATER FUND HAS BEEN ESTABLISHED TO PROVIDE ACCESS TO CLEAN AND SAFE WATER FOR EVERYONE.

The fund will be open to all organizations, NGOs, charities and social enterprises. Our expert manager, ClimateCare, is committed to maximizing the impact of each award investment. The Fund will take a different approach from purely charitable grant giving by deploying a percentage of revenues to projects with the potential to bring a return through carbon revenues and results based financing. Or in simple commercial terms, will enable revenues to be recycled back into the fund and deployed again and again—creating a perpetual fund.

WE ARE IN A UNIQUE POSITION TO BE THE FIRST INDUSTRY EVER TO UNITE, ADDRESS A GLOBAL ISSUE AND ACTUALLY ERADICATE IT.

We have the depth, the breadth and the means. So simply click on the buttons below, find all the information you need and take the first step.

A respected player in public and commercial television, in influential political and professional circles, and in the business community as a leader in issue-based, ethical entertainment across multiple platforms, Karena is founder of kontentreal, a documentary filmmaking company.

Films include the award winning series e2: the economies of being environmentally conscious narrated by Brad Pitt.

Partnering with iconic brands including Nike, Apple, Dell, Microsoft, and Starbucks Jenifer most recently led (RED), the organization founded by Bono and Bobby Shriver to fight AIDS in Africa, to momentous growth over her four year tenure.

Through her leadership (RED) raised $185 million and became a global brand with a social following of over 2.5 million active people who advocate on behalf of (RED). Jenifer is the founder of motive, a social innovation consultancy.\

Jonathon Porritt has been campaigning tirelessly on environmental issues for more than forty years. He is the Founder and Director of Forum for the Future and Co-Director of the Prince of Wales’ Business and Sustainability Programme. He has written a number of books (the most recent being “Capitalism As If The World Matters”), and appears regularly on radio and TV.

For nearly 20 years Sonu and his wife, Eva, have created the example for sustainable tourism, coining the concepts of SLOW LIFE and intelligent luxury which recognizes the ability for luxury holiday making and care for the environment to co-exist with perfect ease. Sonu and Eva’s philanthropic foundation, The Soneva SLOW LIFE Trust, provided the development funding for WHOLE WORLD Water.

Yves Béhar is a design entrepreneur who believes that product, digital and brand design are cornerstones of any business. He is the founder and CEO of fuseproject, the San Francisco and New York based design and branding firm he established in 1999, and the CCO of Jawbone.

His other collaborations with renowned partners such as Herman Miller, GE, Puma, PayPal, SodaStream, Samsung, Issey Miyake, Prada and many others have received international acclaim.

Founder of Virgin Group and Virgin Unite, the nonprofit group that helps revolutionize the way businesses, government and the social sector work together – driving business as a force for good. Virgin Group is one of the world’s most recognized and respected brands with global revenues of $21B. Richard was awarded a knighthood for “services to entrepreneurship” in 1999.

Rob is currently the CMO of Tsogo Sun, Africa’s largest Hospitality and Gaming Group. Rob has been a leader in the entertainment and hospitality field. He was CEO of Ster-Kinekor, Africa’s largest and most prominent film & entertainment company in the 1990’s. He was also Chairman of The Walt Disney Co, 20th Century Fox and Columbia’s Strategic Committee in Africa. Prior to Tsogo Sun he was most recently CEO of MGM Grand SA.

Ben Elliot is co-founder of Quintessentially, the luxury lifestyle group and 24 hour global concierge service, which he started in London in December 2000. Ben is the chairman of the Quintessentially Foundation. Since it was established in 2008, it has raised over £1.5 million for charity.

An Entrepreneur, Graham has built companies including web shop SiteWerks, product company WeAreHappyToServeYou.com, TreeHugger.com which he sold to Discovery and presently LifeEdited.com. He studied Architecture and ID and schemes how he can help humanity avoid rapid extinction.

Driven by a strong aesthetic, John has always used design as his differentiator. John is chairman of the property design and marketing company yoo, which he co-founded with Philippe Starck. Since the first yoo project launched in 1999, yoo has designed and branded over 50 projects in 40 cities around the world.

Using only local materials and paying heed to local customs and rituals, John has always been inately sustainable in his work-design ethic.

Shekhar Kapur is an international filmmaker with Oscar nominated films to his credit. He is also a renowned activist, known for his passion for water related issues in India. The current feature he is working on deals with the politics of cities that run out of water, and a future where thirst becomes a weapon of political and social control.

Edward Norton is a two-time Academy Award nominated actor and filmmaker. He is also a committed social and environmental activist who serves on the Boards of: President Obama’s Committee for the Arts and Humanities; Enterprise Community Partners; Maasai Wilderness Conservation Trust; the Signature Theater Company; the Friends of the High Line and the Conservation Lands Foundation.

In 2010, he was appointed by UN Secretary General Ban Ki Moon as the United Nations Ambassador for Biodiversity.

Adventurer and Activist. Founder of the Sculpt the Future foundation, a foundation that uses creativity and innovation to create a more environmentally and socially positive future.

No comments to show.